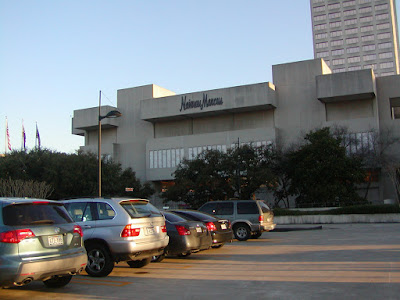 Our first "reboot" article. Picture was taken by me from 2008, originally appeared on Labelscar. More information on this can be seen at Carbon-izer.com, where I show a map from 2003 and include a short piece alluding to what a massive dork I was in those days (not that my social standing has gotten much improved). An older write-up can be seen on Labelscar, as well (when I went under a different Internet moniker). The address above refers to the Galleria as a whole, not necessarily the department store anchors.