The Forum at Memorial Woods 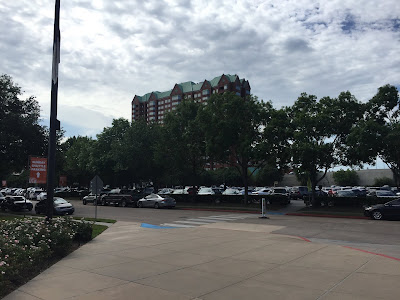 This 1980s retirement home community (the smaller building next to it is a nursing home, completed shortly after the tower) is one of the "landmarks" seen by travelers coming from 290 and going toward 610 South or Interstate 10. Opened in fall 1989, it features 209 apartments and 108 nursing beds. From newspaper articles, the smaller adjacent nursing home was built as a second phase within a few years. It advertised itself as being an upscale building in the middle of everything. Here's an advertisement from those days (I believe from the Houston Post). Right-click to see larger view.